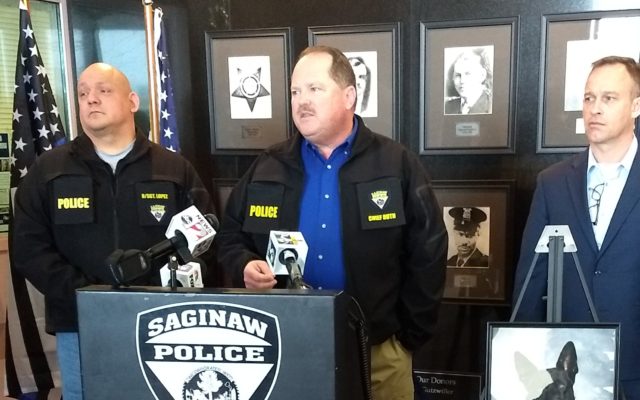 Saginaw Police say a 48-year-old Saginaw man is dead after a Police K9 officer was stabbed Sunday morning, February 9th. The incident happened just after 8:00 a.m., in a house in the 600 block of Sheridan Street, on the city’s east side.

Officers were called by neighbors reporting a disturbance. Officers rescued one man inside the house who was being held hostage by the suspect. Investigators said the man held hostage, was a domestic partner of the suspect. He was not injured.

During the incident, the suspect stabbed K-9 Officer Deebo in the head with a knife. The 5-year-old German Shepard was treated at a Saginaw area veterinary hospital. His condition is unknown. Saginaw Police Chief Robert Ruth said Deebo was trained for tracking and narcotics searches. The dog has been on the force for three years.

Officers shot and killed the suspect after he refused to drop his weapon. The officers were not hurt. They have been placed on administrative leave until Michigan State Police detectives complete the investigation of the incident. Saginaw County prosecutors will review the reports to determine if the fatal shooting was justified.