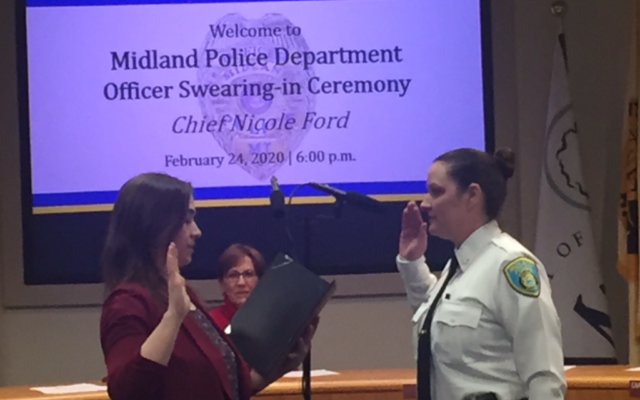 The city of Midland has sworn in their first female police Chief. Nicole Ford has been in law enforcement veteran for 22 years. She has experience in community policing, emergency response and staff leadership to the Midland Police Department.

Ford was recently the interim police chief and deputy police chief for the City of Flat Rock, Michigan. She holds a bachelor’s degree in public safety administration and a master’s degree in public administration from Eastern Michigan University. She is also a graduate of the Eastern Michigan University School of Staff and Command and serves on its Police Staff and Command Executive Panel.