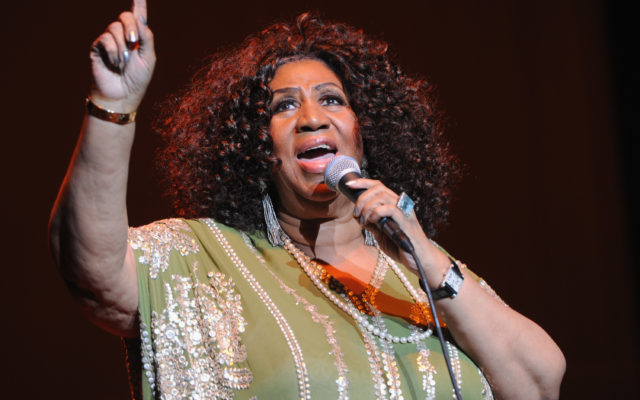 ATLANTA, GA - MARCH 05: The Queen of Soul Aretha Franklin performs at The Fox Theatre on March 5, 2012 in Atlanta, Georgia. (Photo by Rick Diamond/Getty Images for The Fox Theatre)

The Detroit Free Press is reporting that the niece of Aretha Franklin has given two weeks notice to step down as executor of the late Queen of Soul’s estate, and it looks like constant feuding among the family is to blame.

In court documents obtained by the Free Press on Thursday (Jan. 30), Sabrina Owens, who has overseen her famous aunt’s affairs since her death in August 2018, detailed the events before and after her passing and explained that her handling of business matters have caused friction within the family. “My primary goal was to honor my aunt by handling her business professionally, fairly and within the law,” Owens wrote. “In spite of my best efforts, my role with the estate has become more contentious with the heirs. Given my aunt’s deep love of family and desire for privacy, this is not what she would have wanted for us, nor is it what I want.”

Owens began to handle Franklin’s business and personal matters back in February 2018, six months prior to her passing. Among her tasks was the preparation for Franklin’s homegoing service, which culminated in a week-long celebration of her life following her death. Franklin’s four sons initially supported Owens being named as estate executor, which allowed her to make several big moves for the estate. In recent times, Owens oversaw music licensing, award shows, and three big film/TV projects, including the upcoming Jennifer Hudson-led biopic, Respect.

However, with the discovery of three handwritten wills in Franklin’s home in May 2019, tension began to rise rapidly among the heirs. Franklin’s youngest son, Kecalf Franklin, have been particularly vocal about his concerns. He blasted the upcoming MGM film, saying that filmmakers didn’t come to him for input. He has also petitioned in court to take over as estate executor, a motion that has been resisted by two of Franklin’s other children.

The tension simply became too much for Owens to bear, resulting in her decision to step down in an attempt to cool down family drama. “I hope that my departure will allow the business of the estate to continue, calm the rift in my family and allow me to return to my personal life,” she wrote. “I love my cousins, hold no animosity towards them, and wish them the best.”