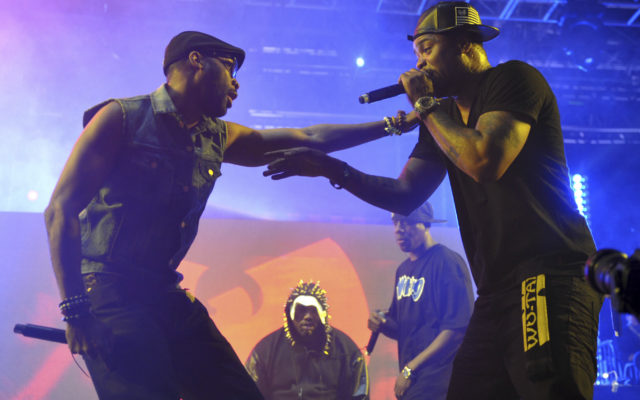 FILE - This April 21, 2013, file photo shows Robert Fitzgerald Diggs, aka RZA, left, and Clifford Smith, aka Method Man, of Wu-Tang Clan, right, performing at the second weekend of the 2013 Coachella Valley Music and Arts Festival in Indio, Calif. An unreleased Wu-Tang Clan album forfeited by Martin Shkreli after his securities fraud conviction was sold Tuesday, July 27, 2021, for an undisclosed sum, though prosecutors say it was enough to fully satisfy the rest of what he owed on a $7.4 million forfeiture order he faced after his 2018 sentencing. (Photo by John Shearer/Invision/AP, File)

NEW YORK (AP) — An unreleased Wu-Tang Clan album forfeited by Martin Shkreli after his fraud conviction has been sold. Federal authorities announced the sale Tuesday, saying proceeds would fully satisfy the remainder of what Shkreli owes on a $7.4 million forfeiture order he faced after his 2018 sentencing. Court documents show he’d already paid off about $5 million. The entrepreneur known as “Pharma Bro” once boasted of paying $2 million in 2015 at auction for “Once Upon a Time in Shaolin.” The Wu-Tang Clan spent six years creating the 31-track double album. Shkreli’s lawyer said Shkreli said he was pleased with the sale price. The 38-year-old Shkreli is scheduled for release from prison in October 2022.