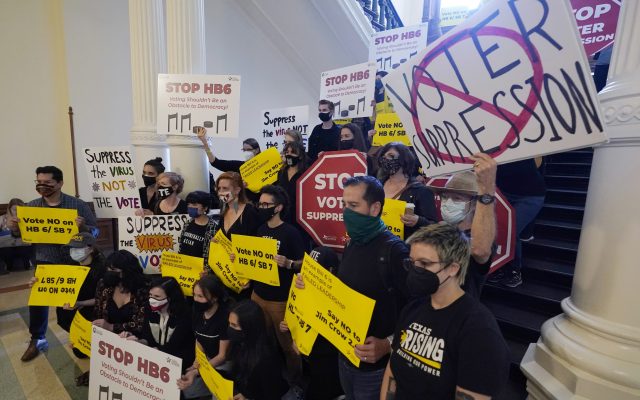 FILE - In this May 6, 2021, file photo, a group opposing new voter legislation gather outside the House Chamber at the Texas Capitol in Austin, Texas. In 2020, election officials tried to make voting easier and safer amid a global pandemic. Next time, they might get fined or face criminal charges. (AP Photo/Eric Gay, File)

The county officials who run elections are facing a slate of new punishments as part of a nationwide Republican campaign to roll back access to the ballot, months after many hailed them as heroes for the creative ways they expanded voting access last year during the coronavirus outbreak. The penalties, typically buried within sweeping GOP voting legislation, have already become law in Iowa, Georgia and Florida, and are making their way through statehouses in Texas and elsewhere. Election officials have responded with warnings of a chilling effect on those responsible for administering the vote and counting ballots, raising fears they could be penalized for minor mistakes, get caught up in partisan fights or even leave their jobs.