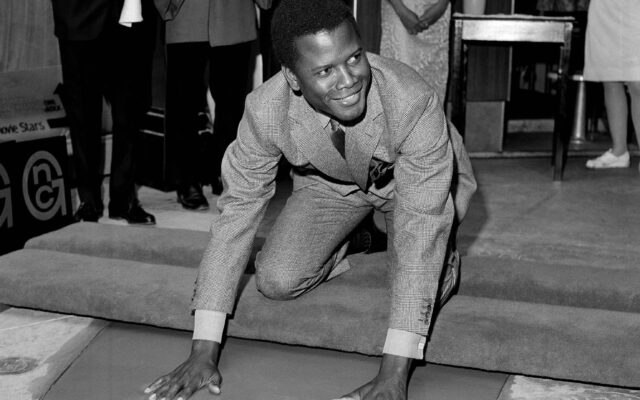 FILE - In this June 23, 1967 file photo, actor Sidney Poitier, star of "To Sir With Love," inscribes his signature in wet cement at Grauman's Chinese Theater in Los Angeles. The storied Hollywood Boulevard movie palace opened its doors on May 18, 1927. (AP Photo/SS, File)

Another Black Hollywood icon has joined the ancestors.

Sir Sidney Poitier, a trailblazing actor and activist with a career spanning over 7 decades, has passed away at the age of 94. According to HuffPost, his passing was confirmed by the Minister of Foreign Affairs in his native country of The Bahamas on Friday. At press time, no further details of his death were confirmed.

Aside from acting, Poitier was a strong supporter of the Civil Rights Movement, attending the March on Washington alongside Dr. Martin Luther King Jr., as well as showing his support of the Poor People’s Campaign. Dr. King noted Poitier as “a man of great depth, a man of great social concern, a man who is dedicated to human rights and freedom.”

Poitier received countless accolades over the years, including the 2009 Presidential Medal of Freedom, knighthood from Queen Elizabeth II in 1974, and being named the Bahamian Ambassador to Japan in 1997.

He leaves behind his wife of 45 years, Joanna, and five of his six daughters (including actress Sydney Tamiia Poitier). He was preceded in death by daughter Gina in 2018.