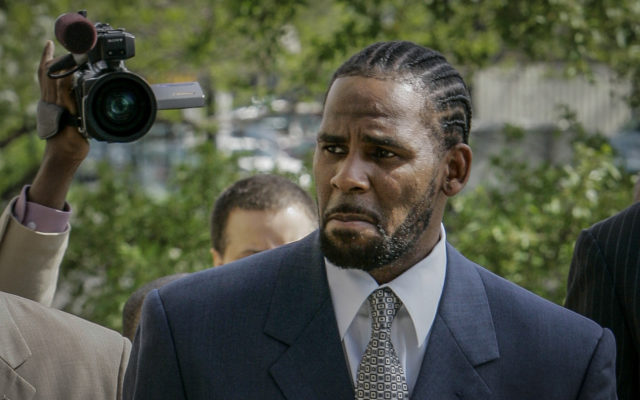 FILE - This photo from Friday May 9, 2008, shows R. Kelly arriving for the first day of jury selection in his child pornography trial at the Cook County Criminal Courthouse in Chicago. R. Kelly, the R&B superstar known for his anthem “I Believe I Can Fly,” was convicted Monday in a sex trafficking trial after decades of avoiding criminal responsibility for numerous allegations of misconduct with young women and children. (AP Photo/Charles Rex Arbogast, File)

NEW YORK (AP) — R. Kelly has been convicted in a sex trafficking trial after several accusers testified in lurid detail how he subjected them to perverse and sadistic whims when they were underage. A New York City jury of seven men and five women found Kelly guilty Monday on a racketeering charge. Kelly was accused of running a Chicago-based criminal enterprise that recruited his accusers for unwanted sex and mental torment. The R&B star has denied any wrongdoing.