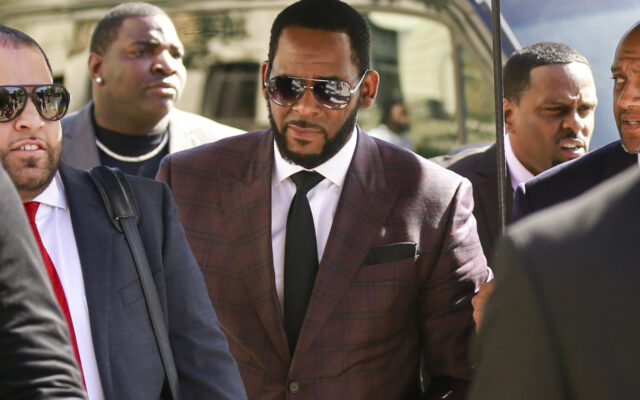 FILE - In this June 26, 2019 file photo, R&B singer R. Kelly, center, arrives at the Leighton Criminal Court building for an arraignment on sex-related felonies in Chicago. Federal prosecutors announced charges Wednesday, Aug. 12, 2020, against three men accused of threatening and intimidating women who have accused Kelly of abuse, including one man suspected of setting fire to a vehicle in Florida. (AP Photo/Amr Alfiky, File)

It looks like there’s another bump in the road for disgraced R&B singer R.Kelly.

CBS Chicago reports that two of his attorneys, Steve Greenberg and Michael Leonard filed last week to be withdrawn from Kelly’s upcoming federal trial in Chicago, set to begin in August. The two also filed to be removed from his federal case in New York last year. At the time, Greenberg said that Kelly was “insistent that we work with people who we felt would be rendering ineffective assistance as counsel.”

This may be yet another huge blow for Kelly and the remaining members of his defense team as they face charges of child pornography, sexual abuse, sexual assault, and paying & intimidating witnesses in the Chicago case. This comes 14 years after he was acquitted on similar charges in 2008. VIBE Magazine reports that one of the alleged victims in this new trial is, in fact, the same minor at the center of the 2008 trial, and that she is now cooperating with authorities and may take the stand.

Back in September, Kelly was found guilty of nine counts of sex crimes and racketeering in a separate federal case in New York. He is set to be sentenced in May, where he is facing life in prison.