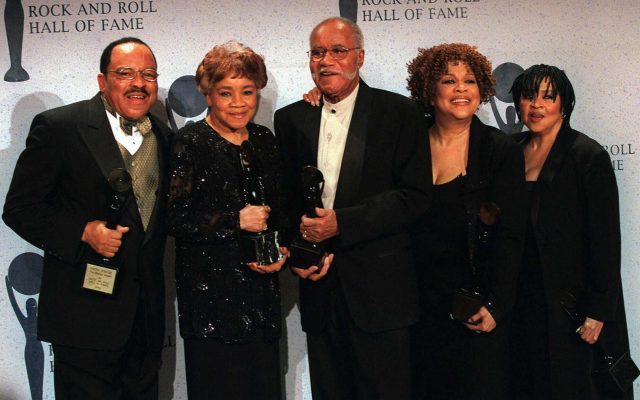 FILE - In tis March 15, 1999 file photo, The Staple Singers, from left, Pervis, Cleotha, Pops, Mavis, and Yvonne pose at the Rock and Roll Hall of Fame induction ceremony in New York. Pervis Staples, whose tenor voice complimented his father’s and sisters’ in The Staple Singers, died Thursday, May 6, 2021, at his home in Dalton, Ill., a spokesman for sister Mavis Staples, said Wednesday, May 12 , 2021. He was 85. (AP Photo/Albert Ferreira, File)

CHICAGO (AP) — Pervis Staples, whose tenor voice complimented his father’s and sisters’ in The Staple Singers, is dead at the age of 85. A spokesman for sister Mavis Staples said Wednesday that Pervis Staples died May 6 at his home in Dalton, Illinois. Staples sang gospel songs with his father, the guitar-playing Roebuck “Pops” Staples and sisters Mavis, Yvonne and Cleotha in Chicago churches. They gained a national following when they began recording for Vee Jay records in the 1950s and fame with the hits “Respect Yourself” and “I’ll Take You There.” Pervis’ last album with the group was their first for Stax Records, “Soul Folks in Action,” in 1968. He went on to manage the popular girl group The Emotions and operate a Chicago nightclub, Perv’s House.