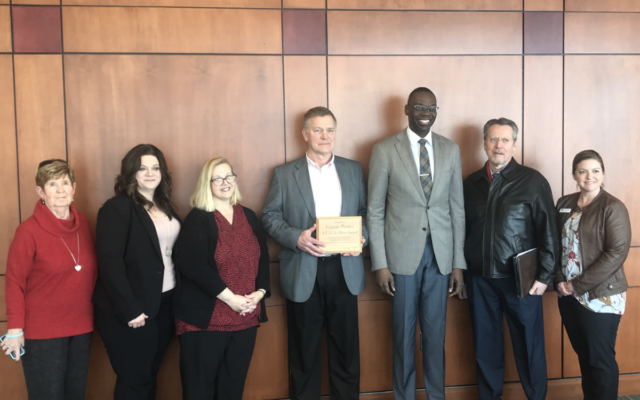 Michigan families living paycheck to paycheck were the topic at the ALICE Summit held at Saginaw Valley State University Today, and Lieutenant Governor Garlin Gilchrist voiced his take on the issue.

The 7-hour summit began with a simulation of how Michigan ALICE residents may have to make tough decisions in order to make ends meet- balancing bills, emergency expenses, housing, and food with little to no funds.

Gilchrist spoke shortly after lunch telling the story of a young mother going through college, how closely it related to his own upbringing, and how he and Governor Whitmer are working to make the lives of struggling families across the state a bit easier.

ALICE stands for Asset Limited, Income Constrained, Employed; and according to a study done by the Michigan Association of United Ways, more than 1.6 million Michigan households, or 43% of Michigan’s residents, are part of the ALICE population.

When asked on how plans he and the governor would fare against the GOP led Michigan legislature, he said it would be a good chance for both sides of the isle to work together in the best interest of Michigan families on programs like Michigan Reconnect and Criminal Justice reform.

He added programs like the Michigan Reconnect program, and reforming the criminal justice system would help put Michigan residents in a better position for better wages.

The aim of the summit is help teach how communities can collaborate to support ALICE individuals and families, and why ALICE persists in today’s strong economy.

Also at the event, Vantage Plastics and Consumers Energy were recognized for their work with communities and residents that needed help making ends meet.

Board Says No Lapse in Saginaw County Death Services

Biden approval has sunk most with young Americans, independents

1 NYPD officer killed, another “fighting for his life” after shooting in Harlem

This week on “Face the Nation with Margaret Brennan,” January 23, 2022