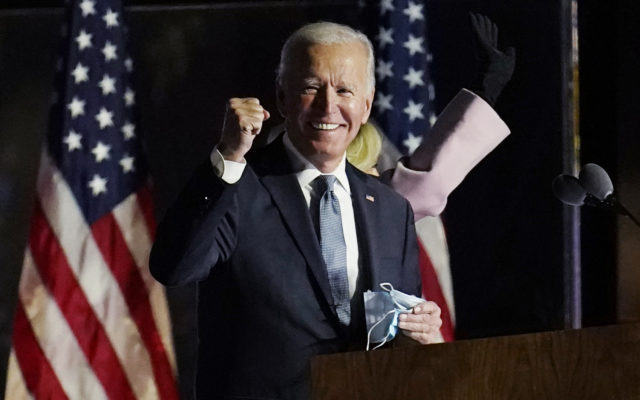 WASHINGTON (AP) — Democrat Joe Biden has defeated President Donald Trump to become the 46th president of the United States. Biden vanquished his Republican foe after a campaign as bitter and divisive as Trump’s own presidential term. Victories in “blue wall” northern industrial states propelled Biden to the White House, where he’ll confront America’s deep health, economic and social ills. A win in Pennsylvania sealed his victory after more than three tension-filled days of counting votes. Record numbers of Americans voted early and by mail, many out of concern about going to polling places during the coronavirus pandemic.