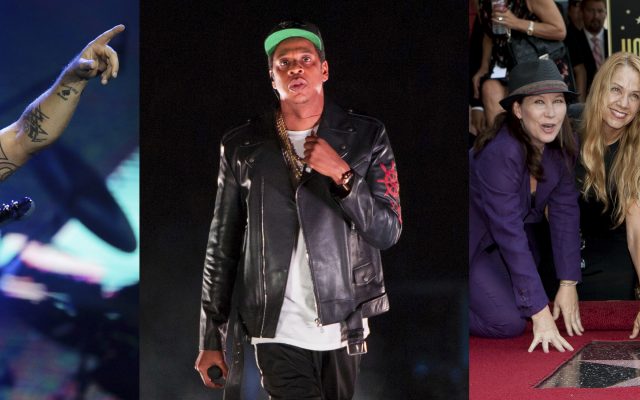 This combination photo shows, from left, Dave Grohl of the band Foo Fighters, Jay-Z and the Go-Go's. Foo Fighters, Jay-Z and the Go-Go's will be inducted into the Rock and Roll Hall of Fame, along with Tina Turner, Carole King and Todd Rundgren. The ceremony, to be held at the Rocket Mortgage Fieldhouse in Cleveland, will be simulcast on SiriusXM and air later on HBO. (AP Photo)

NEW YORK (AP) — The Rock & Roll Hall of Fame will induct Jay-Z, Foo Fighters and the Go-Go’s, elected this year on the first ballot. They will join Tina Turner, Carole King and Todd Rundgren as performers ushered into the Rock Hall. The Cleveland-based museum will hold an induction ceremony Oct. 30 in Cleveland’s Rocket Mortgage Fieldhouse, before what they hope is a full house paying tribute to the return of live music. The hall is also honoring LL Cool J, Billy Preston, Randy Rhoads, Kraftwerk, Gil Scott Heron and Charley Patton in special categories. The hall announced its 2021 class on Wednesday.