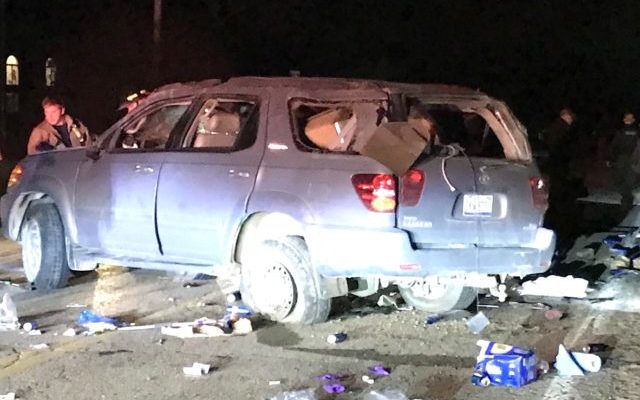 Police say a 40-year-old Mt. Pleasant man was driving an SUV west on E. River Rd. near Vroman Rd. around 8:30 p.m. when he lost control of the vehicle. The SUV rolled several times, ejecting the man from the vehicle. He was not wearing a seat belt.

He was treated on the scene for potentially life-threatening injuries before first being taken to a McLaren Hospital in Mt. Pleasant, then flown by Life-Net to Covenant Healthcare in Saginaw. Police believe alcohol played a factor in the crash, which remains under investigation.

Troopers were assisted at the scene by the Isabella County Sheriff’s Department, the Saginaw Chippewa Tribal police and fire departments and MMR.