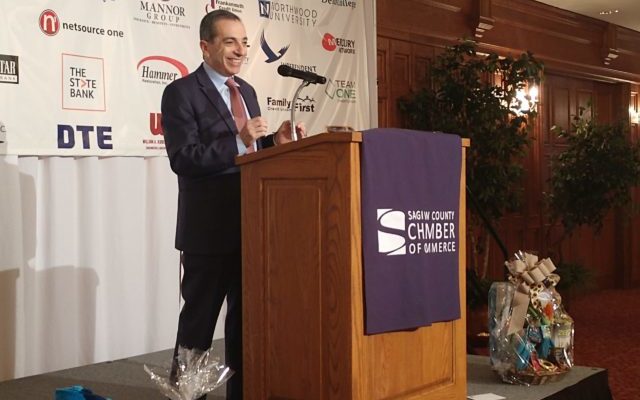 The Central Michigan University College of Medicine is fulfilling a need in the Great Lakes Bay Region.

With a location in Saginaw which opened in 2015, the College of Medicine has formed partnerships with area hospitals including Covenant Healthcare and Ascension St. Mary’s to train medical students and offer residencies to new doctors.

Which is good news for the region, since the numbers of needed doctors and similar healthcare providers over the next ten years across the U.S. will reach anywhere between 50,000-90,000. By comparison, the CMU medical school accepts only 100 applicants at a time, even though they receive thousands of applications.

Dean of the CMU College of Medicine Dr. George Kikano says there are plans to expand the Saginaw facility in the future, but as it stands right now, there simply isn’t enough room to admit more students.

However, Kikano goes on to explain how the partnerships with the hospitals and other healthcare organizations like HealthSource Saginaw and the Michigan Health Improvement Alliance (MiHIA) are changing the way medicine is practiced in the region. He says more medical fields are being brought to the region, like psychiatry, which provide not only residents of the Great Lakes Bay Region with access to quality health care, but also residents of the Thumb, northern Michigan and beyond.

A major part of the focus has been in developing those partnerships, according to Kikano. For example, a few years ago MiHIA and the Great Lakes Bay Regional Alliance sat down and discussed how to make the overall health of the region better. Not just from a medical standpoint, but an economic prosperity one as well. The two organizations came up with an initiative called Transforming Health Regionally In a Vibrant Economy (THRIVE), showing how improved economic development and improved health go hand in hand.

Thus far, the plan seems to be working. So much so, in fact, that the model has caught the attention of national leaders in healthcare. Kikano says U.S. Surgeon general Jerome M. Adams will visit Saginaw in May to get a first-hand look at how THRIVE is impacting the region and how partners like the College of Medicine are working to enhance the lives of the people within it. An exact date for the Surgeon General’s arrival has yet to be set.