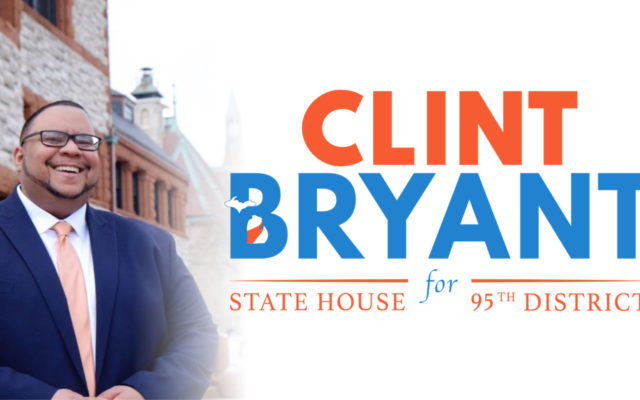 A former Saginaw City Councilman has made it official. Clint Bryant announced plans Friday to run for 95th District State Representative. Bryant resigned from the city council earlier this month after serving almost four years. He was appointed to the seat in May 2016 and elected the following November.

Current State Representative Vanessa Guerra is unable to run for re-election due to term limits. Bryant, who’s running as a Democrat, will officially kick off his campaign at an event scheduled for 5:00 p-m February 27th at the SVRC Marketplace.

Bryant included a campaign video with his announcement.