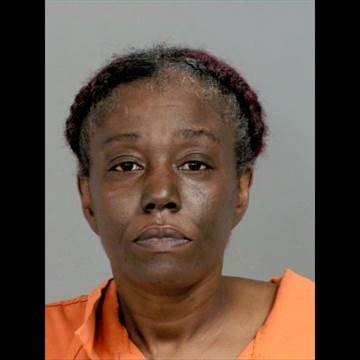 Genesee County Prosecutor David Leyton has charged three people with murder in connection with the shooting of a store security guard who was trying to enforce the store policy of requiring customers to wear face coverings due to the COVID-19 pandemic. Fourty-five-year-old Sharmel Teague has been arrested, while police were still looking for two men. They were identified as 44-year-old Larry Teague, Sharmel Teagues’s husband, and 23-year-old Ramonyea Bishop, her son.

All three suspects were to be charged with first-degree premeditated murder, which carries a mandatory life in prison sentence without parole if they’re convicted. They’re also facing several other charges including violating Gov. Gretchen Whitmer’s order to wearing face coverings in public.

The Genesee County Prosecutor’s office said Sharmel Teague and her daughter went to the Family Dollar at 877 E. Fifth  in Flint Friday afternoon when the security guard, 43-year-old Calvin Munerlyn, told the daughter she was required to wear a mask. Teague was already wearing one, and started arguing with Munerlyn. Investigators said Teague spit at Munerlyn, who ordered her to leave the store and told the cashier not to serve her.

Police used surveillance video and phone records to determine that less than 30 minutes after Teague left the store, the other two suspects returned in her vehicle and got into an agrument with Munerlyn. Investigators allege that at some point,  Bishop pulled out a gun and shot Munerlyn in the head. He died later at Hurley Medical Center.

Anyone with information on the two suspect is asked to call 911 or Crime Stoppers,  1-800-422-JAIL. There’s also a $1,000 reward being offered for  information leading to their arrests.