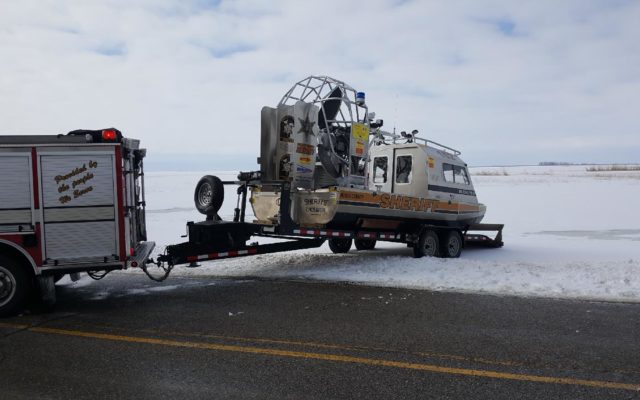 Two men from Vassar were treated for mild hypothermia after they fell through the ice while fishing in Huron County Monday afternoon. Sheriff Kelly Hanson said the 39 and 25-year-old men were on an ATV searching for a place to fish when they broke through and ended up in the water. Huron Central Dispatch received an emergency 911 call from the victims just before 1:00 p.m.

Hanson said the men had taken a fishing shanty out earlier and after getting out of the water, had to walk about a mile to get back to it for shelter, while the sheriff’s office dispatched its airboat. The airboat recovered the men about an hour after they fell in the water.

Hanson recommends staying off the ice, but says anglers should use extreme caution if they do venture out. He said ice formation is very uneven and unstable.