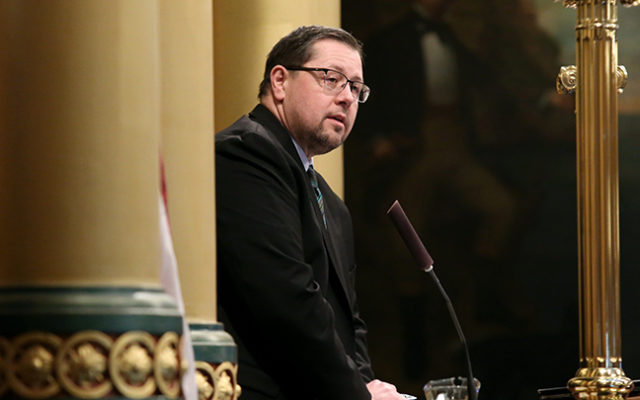 Elder spoke of several aspects of COVID-19 policy in the state and for his district, which includes Bay County. While the COVID-19 pandemic has affected life in many ways, polarized politics and partisanship seem as bad as ever. However, according to Elder, while there are disagreements on policy issues related to the illness, both the state and federal government are working together to overcome the disease.

“While this is an election year and while everyone has different styles of messaging, if you go through all of the moves and edicts from government, whether that’s the federal government, or the state government or the local government, if you actually read it, we are in overarching agreement on everything we do.”

Elder says while politicians campaign during the election year and it seems as though they disagree with one another, which the media tends to focus on, public officials and health officials are in lock step with one another on combating COVID-19.

According to Elder, who cited data from the Centers for Disease Control and the Michigan Department of Health and Human Services, novel coronavirus cases are on the decline in Michigan. The peak of the illness struck the state around April 3, with Bay County’s peak at around April 9.

“What we want to do is make sure that we have a sustained decline for 14 days… So what we know is that for our state, for our region and for our county, all of our numbers are going in the correct direction. And it’s those numbers that have allowed us to have a recent loosening of some of the restrictions in our executive order.”

Face coverings are now required to be worn in enclosed public spaces such as grocery stores if residents can medically tolerate it.

Some legislators are considering reopening the state economy by taking a regional approach.

Elder says he’s open to the idea, though he wants to protect the residents in his district.

“If we do adopt the regional approach, it’s highly likely that Bay County and Saginaw County would be inside of a region. Our populations work with each other, we live in one county or commute to work in another county. We are very closely connected, and Midland as well… So when I personally think about a regional approach, I always want to make sure that we get the best possible result for the constituents that I serve.”

Elder says before he commits to a regional approach, he wants to ensure while his district remains safe, he doesn’t want to have restricted businesses while surrounding counties are wide open for business.