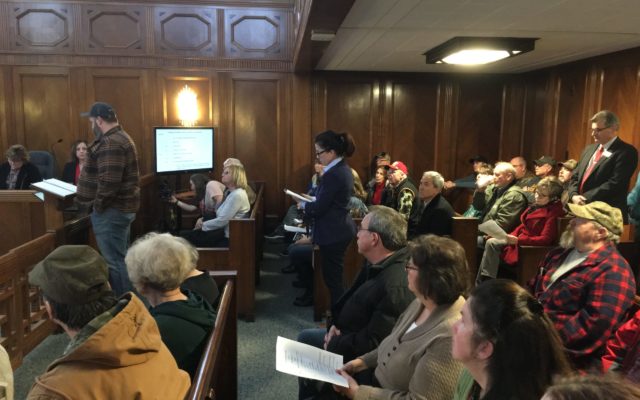 The Michigan Two A Sanctuary County Movement wants support against what it calls unconstitutional laws restricting gun owners. That
includes “red flag” laws allowing authorities to take guns from their owners if there’s what’s considered a credible threat of violence  against others.

Bay County Commissioner Michael Lutz led a six member board majority Tuesday in not wanting to tell the Sheriff or Prosecutor what to do. But sanctuary advocates responded that no such direction was intended. They insist all their resolution said was to support a Prosecutor or Sheriff in their discretion to NOT enforce against any citizen any unconstitutional firearms law.

Sanctuary members say they’ll return in March asking the board to pass the group’s resolution as originally presented.

Last Chance for Saginaw Residents to Apply for New Furnaces

Cardi B offers advice to young girls who want plastic surgery for a larger rump!