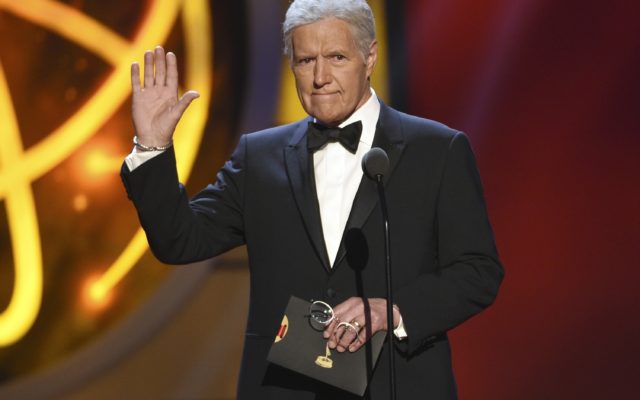 Following a brave, hard fought battle with Stage 4 Pancreatic Cancer, during which he vowed to keep fighting and keep working, longtime Jeopardy! host Alex Trebek has passed away at the age of 80.

Jeopardy! is saddened to share that Alex Trebek passed away peacefully at home early this morning, surrounded by family and friends. Thank you, Alex. pic.twitter.com/Yk2a90CHIM

The official Jeopardy! Twitter page confirmed the news, saying that Trebek peacefully transitioned early Sunday morning (Nov.8), surrounded by friends and family. In a statement, executive producer Mike Richards said that Trebek’s death was an “enormous loss” for the show’s crew, and that it was an honor to work beside him during the last year and a half, when Trebek continued to work on the show during treatment.

“His belief in the importance of the show and his willingness to push himself to perform at the highest level was the most inspiring demonstration of courage I have ever seen,” Richards said. “His constant desire to learn, his kindness, and his professionalism will be with all of us forever.”

Trebek announced his diagnosis on the show’s YouTube page in March of last year. Despite having the disease, which inflicts 56,700 Americans every year, Trebek vowed to continue working on the show. Trebek has been the face of Jeopardy! since 1984, when the show launched its daily show in syndication. At the time of his death, Trebek hosted over 8,000 episodes. For his work, Trebek won five Daytime Emmy Awards, as well as a 2011 Lifetime Achievement Award from the National Academy of Television Arts and Sciences.

Trebek leaves behind his wife Jean and their three children, Nicky, Emily, and Matthew.

1 dead at Florida pride parade after truck drives through crowd